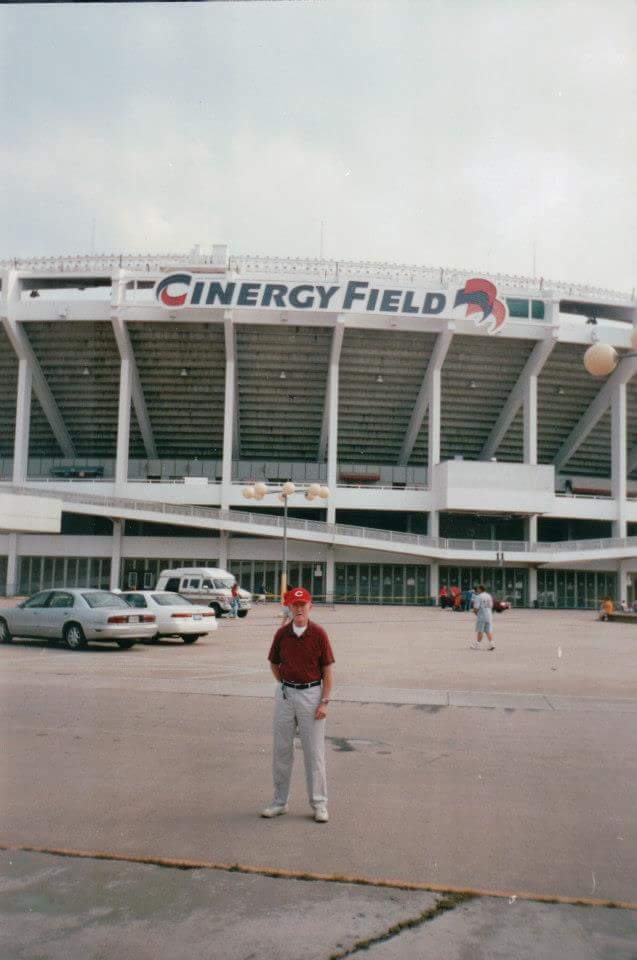 This picture was taken before the final Cincinnati Reds game at Riverfront Stadium. By this time the place was officially names ‘Cinergy Field’ but I never stopped calling it Riverfront. nAfter years of going there together as a kid, I knew exactly who I was taking when I was able to score two tickets to the final game. While the game was a loss for the Reds, I’ll always have great memories of being there with Dad as they brought out all of our favorite players after the game and announced them one by one. At the end of the ceremony, Tom Browning painted a large 14 with Red spray paint on the pitcher’s mound, since MLB wouldn’t let Pete Rose attend.

The next day, I was back at the stadium for a Pete Rose Celebrity softball game. Sadly, I was only able to get a single ticket to that event, and it was a sell out. The Big Red Machine played against NL all-stars from the 80’s. The all stars won pretty handily, as they had a pretty severe age advantage over the Reds players, but Pete was able to make the crowd go nuts with a head-first slide into third.

Three months later, there was nothing left except a pile of rubble, as the stadium was torn down to make room for the Red’s Hall of Fame and Museum and other buildings between the Reds new ballpark and the Bengals stadium.